After seeing the coyote along Pierce Point Road, I continued along, heading for the tule elk reservation at the end of the road. I hadn’t gotten very far when I thought I saw something small on the side of the road. I drove past it, but then I stopped and turned around and went back, because I was convinced it may have been something exciting. I parked, kind of half-on, half-off the road, and within seconds, a weasel popped up out of the grass! I’ve only ever seen one weasel before (and of course, it was in Point Reyes as well), so I was very excited. A car passed and he ducked back down and became invisible. Then he was back up again, checking for traffic. He was trying to cross the road but was being cautious! When he felt it was clear, he darted across the road, which I wish I had gotten a picture of because it’s the only time I’ve ever seen the entire BODY of a weasel, but he was too fast. And once he crossed, he was GONE, so the only pictures I got were of his surveying the road before he ran for it. You see, though, why I love Point Reyes. All this excitement and I hadn’t even gotten to the trail yet!! 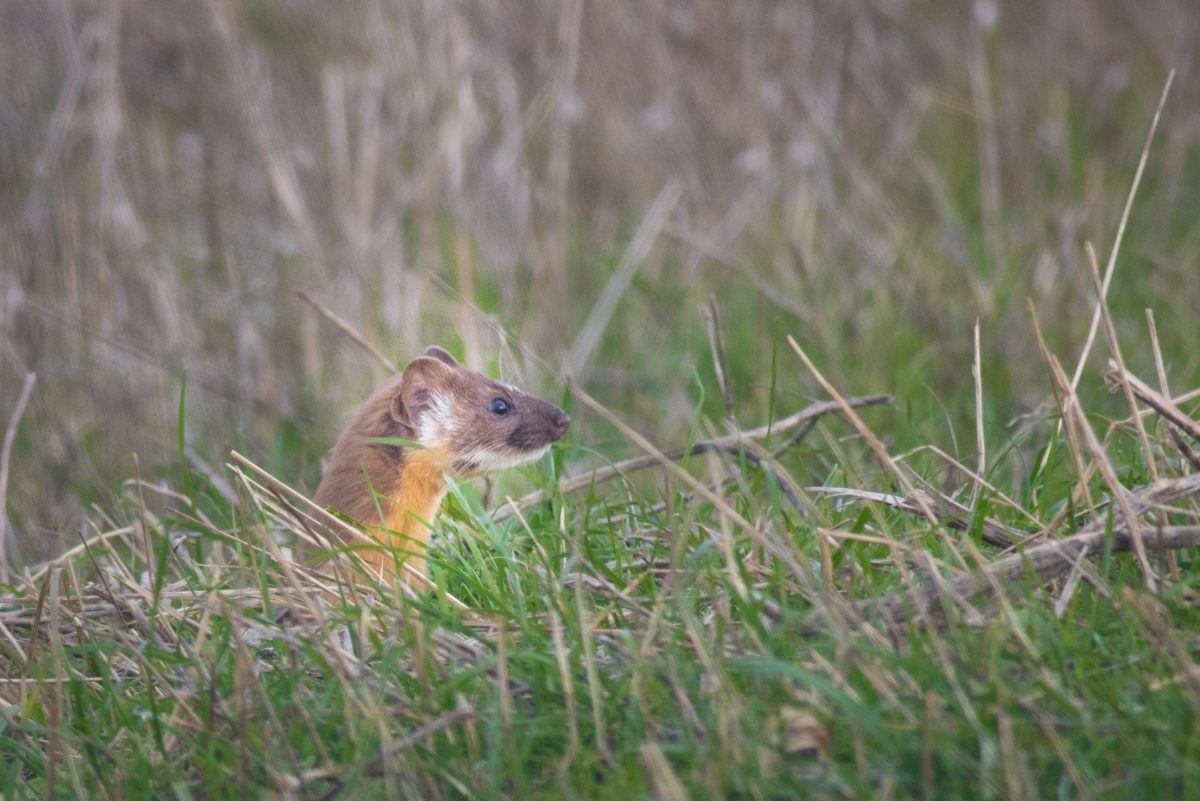 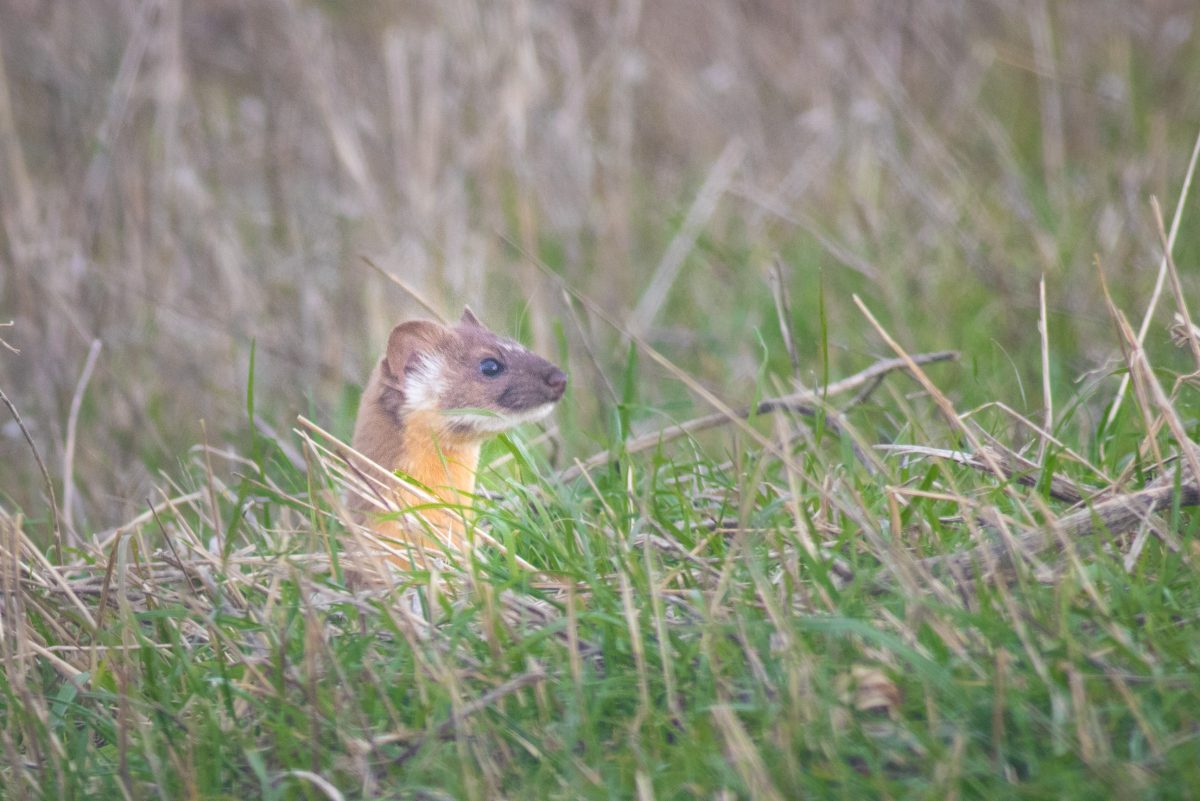