While at Coyote Hills, after finding the “new” burrowing owl, the owl guru and I decided to check the site we’d been looking for the “old” burrowing owl in previous years. We’d been mostly unsuccessful except for one photo I’d taken where I discovered the owl only after going home and processing my pictures. I pointed the general area out to the guru and we both started scanning, but of course she found him in about 30 seconds. 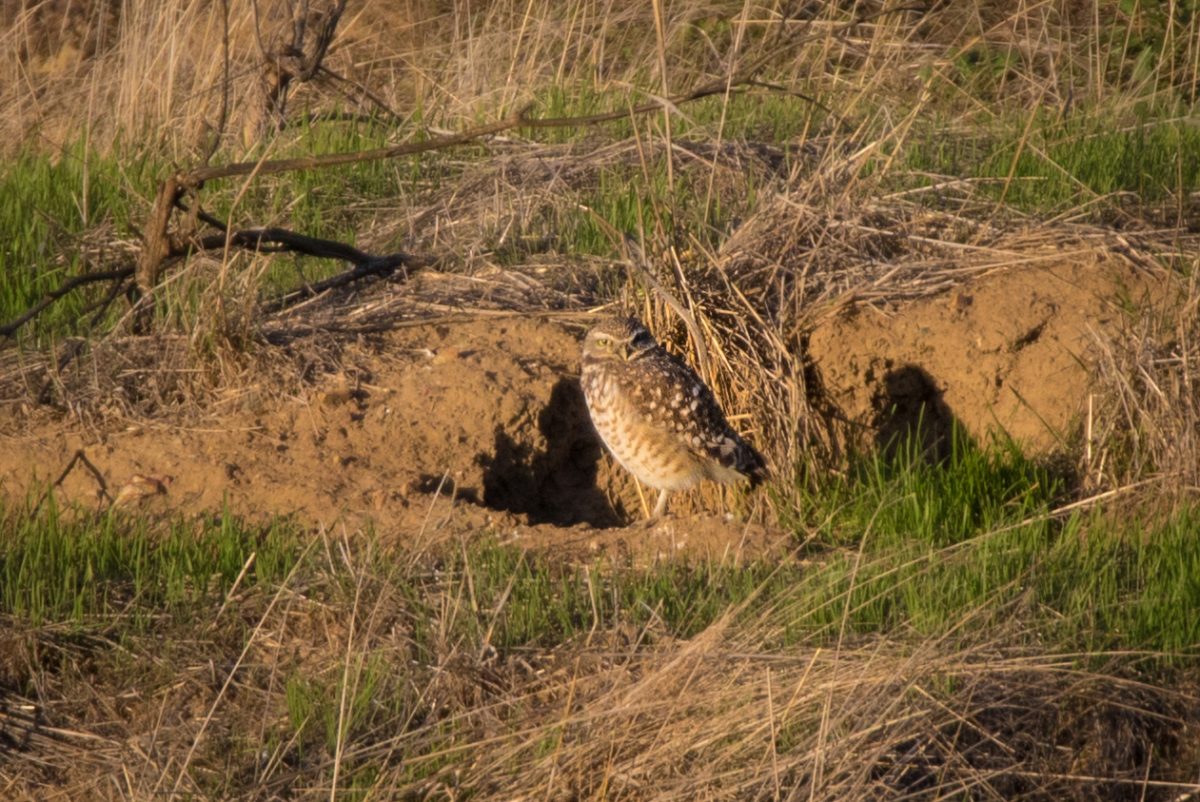 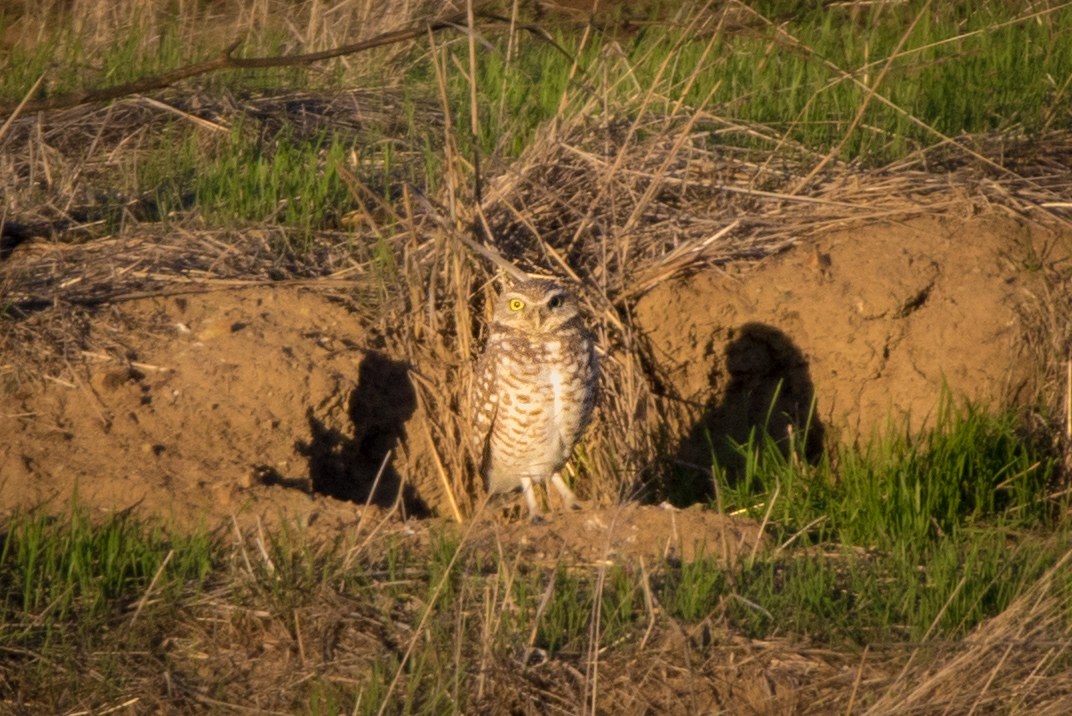 And then, THEN, she pointed out a THIRD owl to me!! They don’t call her the owl guru for nothing! And this is where I really need to learn from her because although I had HOPED and dreamed we’d see two owls (that being the maximum number I’d seen reported on eBird), I never expected to see three and hadn’t continued looking after finding the second. Which is dumb of me, but I never think I’m going to have any more luck than the far more experienced birders on eBird. I’d have found the second one without her help, but I am completely sure I’d have gone home without seeing the more camouflaged third one if she hadn’t been there. 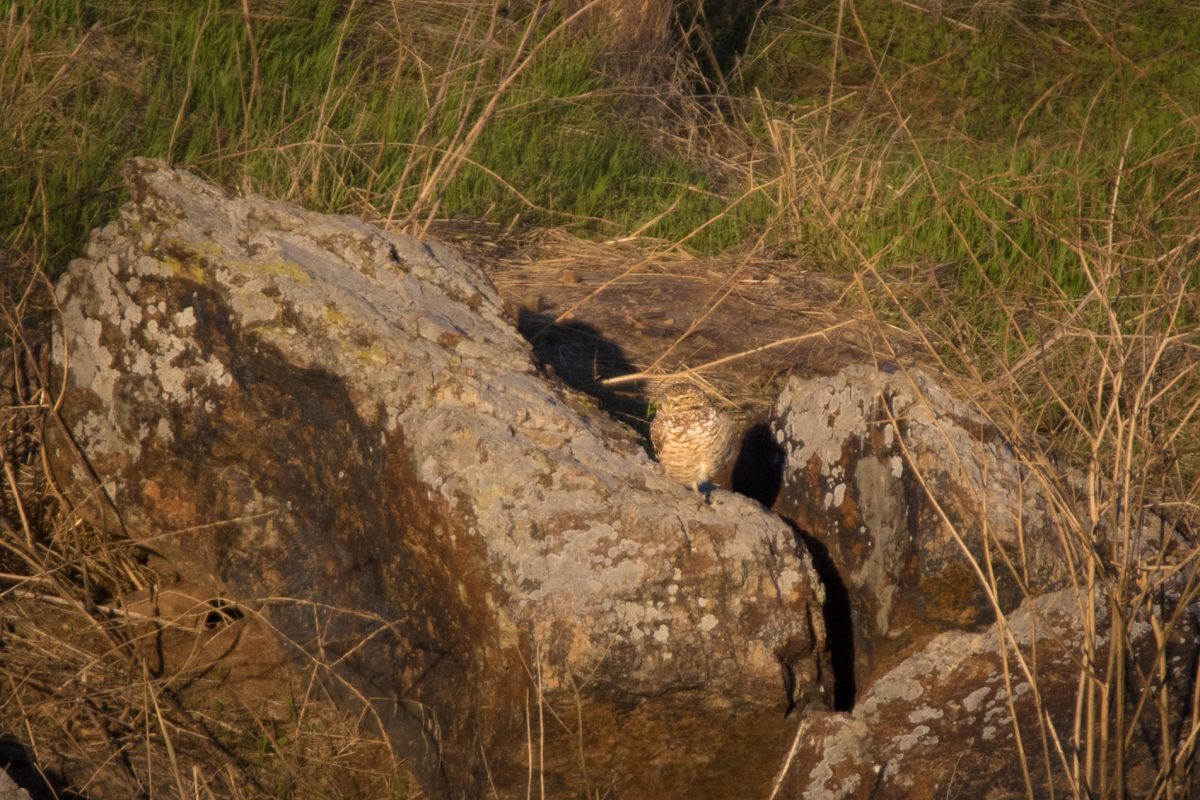 That, my friends, was THREE burrowing owls in one day. AND a bald eagle!